Hello, I am testing a cloud application containing CGX at https://az.nuvolos.cloud/

There I came across the following strange behaviour with CGX hcpy command. 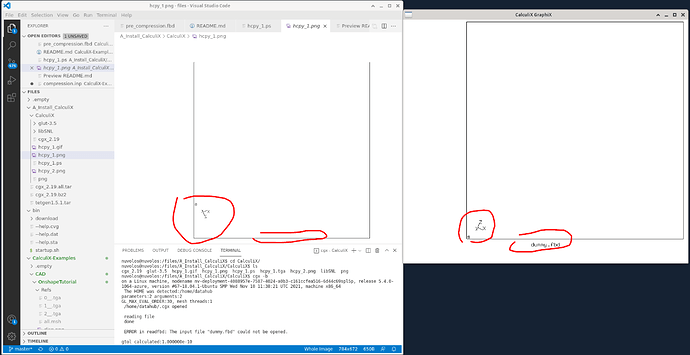 Left is the preview of the png file in vscode, to the right you see the actual cgx window.
The triad including the “s” tag is mirrored about the horizontal axis and the graphics area also seems to be mirrored, at least the title is gone and the upper margin (where the title could have gone) is cut off.

This looks the same for gif files.

The native export format of CGX seems to be tga, other formats are generated using the convert command.

Yet hcpy tga generates a file, which also isn’t correct. In Inkscape it displays like this 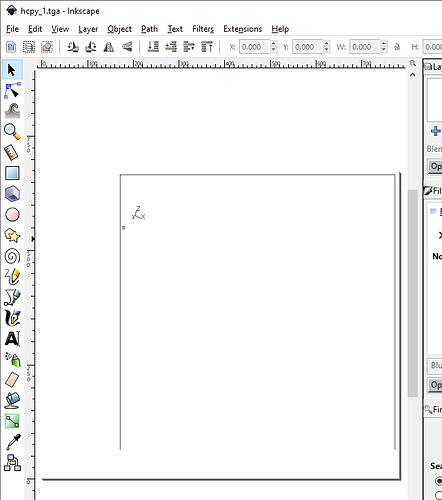 This means the file is still wrong and not just mis-oriented.

here is another example of a “piecewise mirrored” image: 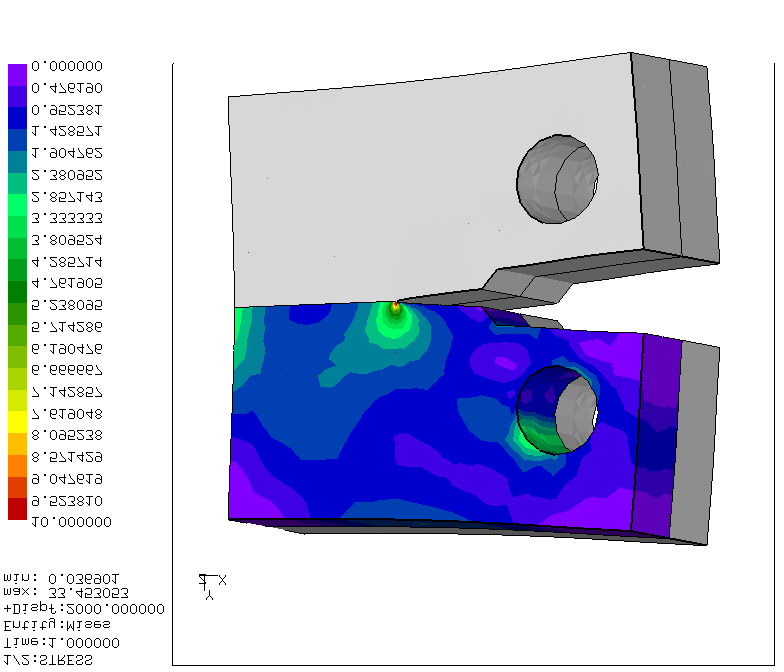 CCX and CGX have been built from source by the nuvolos admins, the user (me) just has no access to the header file, i.e. I can’t compile

Has anyone encountered and possibly fixed this kind of problem? Or any idea where to dig for a solution?

Seems there is some discussion about the issue here:

A TGA image converted to PNG is flipped vertically.

### Prerequisites - [X] I have written a descriptive issue title - [X] I hav…e searched [open](https://github.com/ImageMagick/ImageMagick/issues) and [closed](https://github.com/ImageMagick/ImageMagick/issues?q=is%3Aissue+is%3Aclosed) issues to ensure it has not already been reported - [X] I have verified that I am using the latest version of ImageMagick ### ImageMagick version 7.1.0-0 ### Operating system Linux ### Operating system, version and so on Arch Linux rolling with Kernel 5.12.10 ### Description When converting a `q3map2`-produced external lightmap file from `TGA` to `PNG`, the resulting image is vertically flipped. Just for giggles, a map that should look like [this](http://dl.viech.name/unvanquished_2021-06-19_130830_000.jpg) then looks like [this](http://dl.viech.name/unvanquished_2021-06-16_214107_000.jpg). I have seen the similar #3061, however this was for an older version of ImageMagick and was closed as fixed. The issue does **not** happen when I use the `-auto-orient` switch. I'm reporting this despite this workaround. ### Steps to Reproduce Affected: `convert lm_0000.tga lm_0000.png` Workaround: `convert -auto-orient lm_0000.tga lm_0000.png` ### Images Input: http://dl.viech.name/lm_0000.tga Output: http://dl.viech.name/lm_0000.png

And the workaround to add -auto-orient to the convert command worked for me.

Thank you for pointing to the issue. Yet, the problem is that already the tga file is wrong, As you see in the inkscape screenshot, the title is missing and the triade is wrongly placed.

The screenshot actually seems to be composed of 3 individual tga files, which are then composed into the final one. Thus, either these screenshots are already mis-oriented and mis-cropped or the call to composite is broken. I’ll have to create a modified CGX executable which does not delete the intermediate tga files. 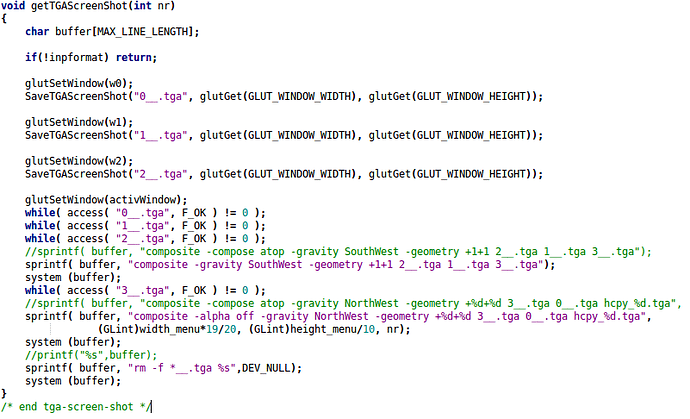 I adapted the workaround by feacluster to solve the problem by applying “convert -auto-orient 0__.tga 0__.tga” to all three raw tga files (frame with legend, graphics area, triade).

Then the result on both test systems is correct.

I think there should be a smarter fix but for now I am fine with how it is. 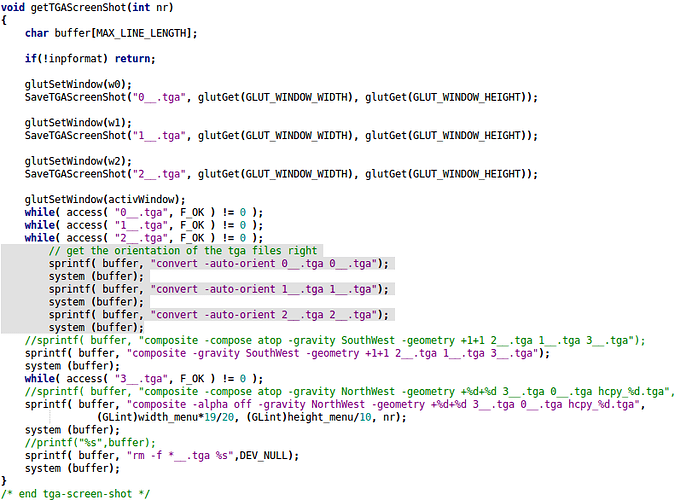