the plate has a hight and length of 10 while thickness is 1. the nodes on the back of the edge are fixed in all directions. the single noad on the front is loaded with a force of 100000.1 in 3-direction. (the mesh is quadratic, NLGEOM is off, S6 shell composite with two layers) 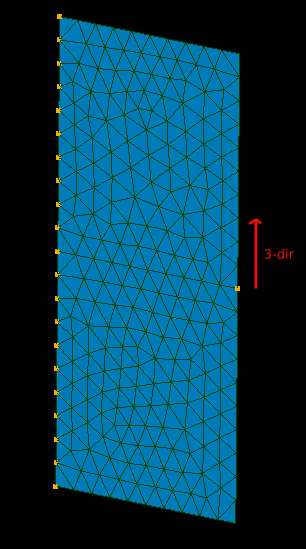 the exactly same FE Analysis is now been applied to the same plate, this time created by solids(quadratic mesh with nearly same number of nodes as in shell, NLGEOM is off) 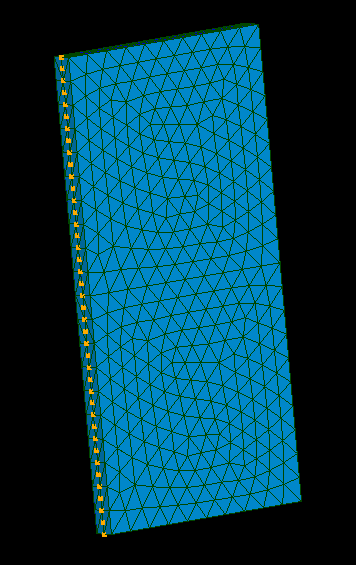 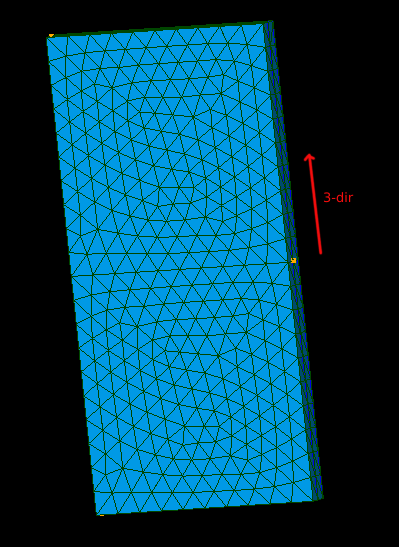 the FE solution gives a displacement of 2.712462E-06 for the single node in 3-direction, which shows that the plate behaves less stiff as it has been before (by shell modelling)

i would love to get some hints for what the causation is, maybe some of you experienced the same.

i uploaded both input and output files on https://github.com/so-el/shell_stiffness.

Not the same BC in both models, the knots used to model shell behaviour in CCX create a rigid link between all nodes in the face that recreates the edge of the shell (so rotational degrees of freedom make any sense) and having 2 elements thru the thickness in solid model is also a source of flexibility, but I guess this should be the smaller part of the difference.

1.) ive changed the bcs on the solids model: 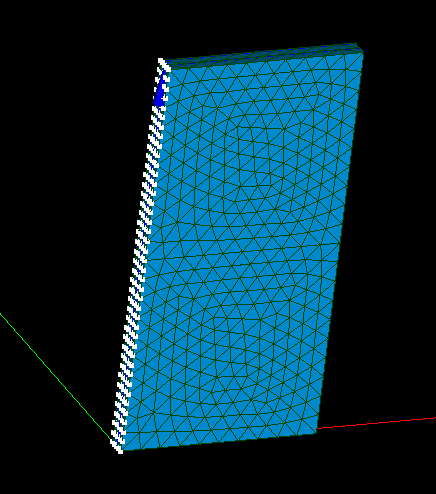 (fixed all nodes on the back)

the stiffness is still way lower than on the shell model. the displacement of the single node is 2.612989E-06

2.) regarding your statement : " the knots used to model shell behaviour in CCX create a rigid link between all nodes in the face that recreates the edge of the shell"

nevertheless there is still this issue of higher stiffness in shell models in comparison to “equivalent” solids models.

i uploaded the new files on https://github.com/so-el/shell_stiffness if someone wants to check.

it seems to be related to the elements used in the shell modelling. S8R behaves less stiff and tends to give better results(more close to the solids model). the displacement of the single node is now 2.788976E-06, which seems to be a little bit lower than the solid model but still acceptable

Sorry I didn’t check your models but it looks it’s a local effect. Concentrated loads tend to have this effect in second order element so try to use them with some regard. Left picture is solid, right is shell (1st version of your files), furthermore solid mesh is not an extrusion as I guessed. You can see that away of application point the displacements aren’t so different.